The  Pinedorado parade was the first major event I attended after arriving in Cambria, California over five years ago.

The entire town turns out to celebrate and party.  Every year on the first Saturday  of September festivities begins.  It is fun time with plenty of fun, food, drinks and events.  There is so much going on it is hard to keep up with all the things happening.  I love the parade, the car show, the barbeque's and time to socialize with all my friends.

No matter where you are from you will feel at home in Cambria.  Today is September 2, 2010 and I just got home from the parade.  You might not get to attend this year but take a look at all you missed and plan on coming next year.

Clowning it up in Cambria! 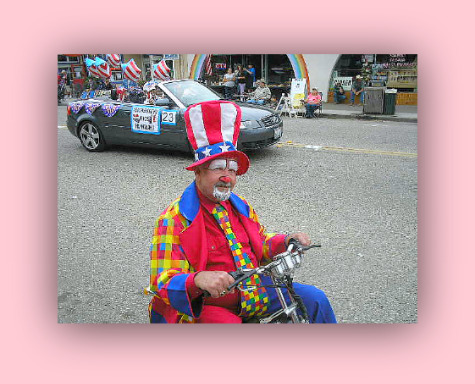 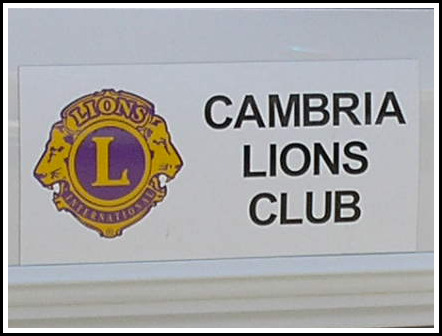 The focus of this years Pinedorado involves honoring locals who serve in the military, specifically World War II Vets.  The 1st Marine Division Band based at Camp Pendleton, California came to help celebrate and honor the men in our town who bravely served our  wonderful country in World War. Let me tell you something, the Marine Band was a delight to watch and listen to the beautiful music they preformed. 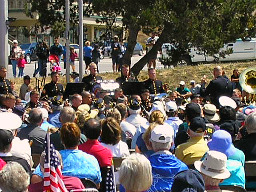 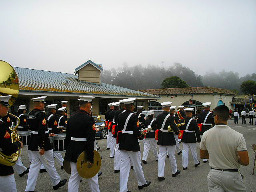 In addition to the parade, the Pinedorado has many fun games including the coin toss, fishing, the big spin the putting on the green, bastetball, tic tac to ball toww and many more fun things to do at the pinedorado park in the west village.  I look forward to this every year and let me suggest you make a special trip to Cambria and enjoy the fun. Be sure to tell them Bob sent you and click on this link to learn more about Cambria Lions Club Pinedorado, Cambria

Did I forget to mention the food?  The barbecued chicken is out of this world.  I thought southern fried chicken was the best until I tasted the chicken prepared for Pinedorado.  It will make you slap your grandma and grandpa.


Fun for all ages! 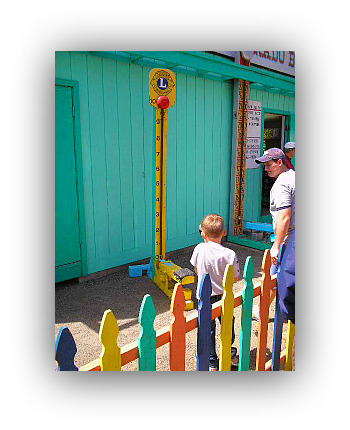 The Lions Club Pinedorado offers the entire family something to and some mighty fine tasting food to enjoy.

It would be worth the time to jump in the car and drive to Cambria for this special event.

I have not mentioned everything that goes on during Pinedorado but believe me when I say you will have a great time.

The Car Show is something special.  Show cars from all over the state show up and display their pimped rides.  If you like cars you will love the car show.

The Car Show is Incredible! 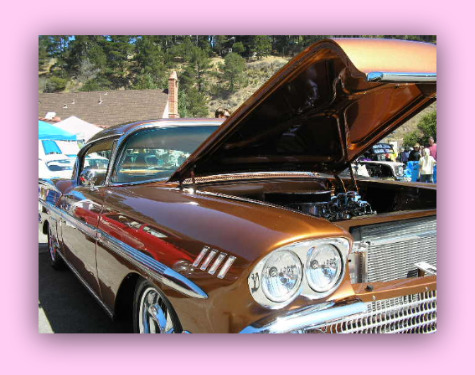 If you want to watch a cool parade, eat some great barbecued chicken/beef or just look at some fine rides, Pinedorado is the place to come.  See you next year.

Fun for the Little Ones 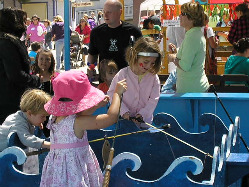